Mayor Laura Hoydick has spent most of her life living, working, and volunteering in the Town of Stratford. Laura is married to Paul Hoydick and a mother of three daughters, Brooke, Jillian and Paige – all of whom are graduates of the Stratford public school system. She is proud to have recently welcomed her new grandson, Jonathan Paul (JP) who is the son of Brooke and Stephen Prusaczyk, her son-in-law. During the COVID-19 pandemic, daughter Jillian was able to marry Asa Routledge in August last year.

Laura has over twenty years of experience as a commercial property manager formerly with both Station House Square, LLC of Stratford, and Winstanley Property Management, LLC of New Haven. Laura served as the Executive Director of the Stratford Chamber of Commerce, an affiliate of the Bridgeport Regional Business Council, from 2003-2007. She returned to the role of Executive Director from January to December of 2017. In this role, Laura acted as a liaison to local and state government on behalf of the Stratford business community.

In 2010, Laura was elected to the State House of Representatives to represent the 120th District, which is located entirely within Stratford. In the Connecticut General Assembly Laura was an outspoken advocate for the interests of Stratford, rising to critical roles on the Banks, Finance, Revenue and Bonding Committees. She was the Ranking Member of the Energy and Technology Committee, where she distinguished herself by leading the fight for lower statewide utility rates and improved infrastructure. Earning a reputation for diligence and working across the political aisle to build consensus, she promoted to serve as Deputy Republican Leader in 2015. She served in the House until she was elected the third Mayor of Stratford in 2017; the first woman to hold that office.

As Mayor, Laura has brought her past experience in property management and leadership in the Chamber to bear as she focuses on economic development and redevelopment in Stratford and ending the previous cycle of local mill rate increases by putting forward four budgets in a row that have decreased the mill rate.

Laura has focused on bringing professionalism, transparency, and responsiveness to local government, as she continues to advance important projects such as the Transit-Oriented development around the Stratford Train Station, the development of the Exit 33 interchange off of I-95 and the improvement of the Interchange at Exit 32. She has made significant progress in advancing the development of the Stratford Army Engine Plant location and worked with state and federal authorities to bring the Raymark site contamination remediation to a successful close.

Laura is well known in Stratford for her dedication to Stratford schools. Prior to her election to the state legislature she served as an elected member of the Board of Education for seven years, four of them as chairwoman. She has also held prominent roles in the Second Hill Lane and Flood Middle School PTAs.

Laura’s volunteer contributions to the Town are numerous. She has been especially dedicated to Sterling House Community Center, the Greater Bridgeport Ameri-Corp National Service Program, the Stratford Partnership for Youth and Families, the Perry House Foundation, and Our Lady of Grace Church. She also served two years as an elected member of the Stratford Planning Commission. In November of 2015 she was appointed to the Board of Directors to the Stratford Visiting Nurse Association (VNA). Laura serves as the Chairman of the Greater Bridgeport and Valley Metropolitan Planning Organization incorporating the communities of Ansonia, Bridgeport, Derby, Easton, Fairfield, Monroe, Seymour, Shelton, Stratford, and Trumbull, and the Vice Chair of the Connecticut Metropolitan Council of Governments. Laura is a director for the Connecticut Conference of Municipalities, is a member of the board of Sustainable CT from which the Town of Stratford has achieved Silver Certification and has recently been appointed to the board of the CT Green Bank.

Laura’s dedication to our community has been recognized with several awards including the Youth As Resources Adult Volunteer Award, the Women of Distinction Award from the Housatonic Girl Scout Council and the Friend of Education Award from the Stratford Board of Education. She was awarded the AARP Legislative Leadership Award in 2011 & 2012, Bridgeport Regional Business Council Legislator of the Year Award in 2011, New England Clean Energy Council CT Clean Energy Champion Award in 2015 and Susan L. Davis Leadership Award in 2015.

She holds a business administration degree from Sacred Heart University where she is a member of the National Honor Society, Alpha Sigma Lambda. 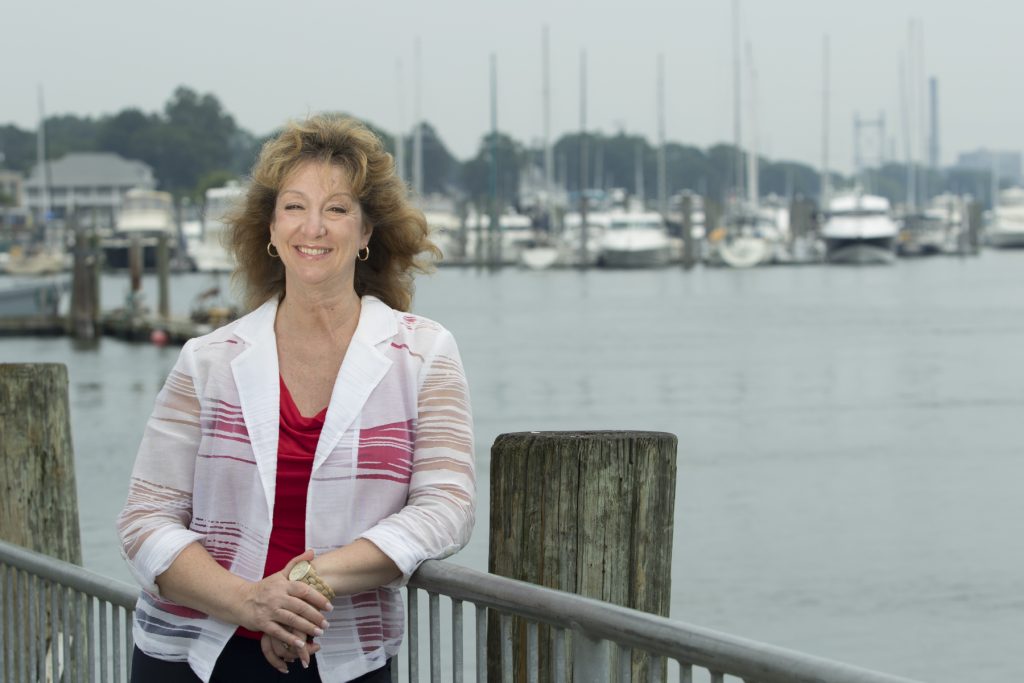